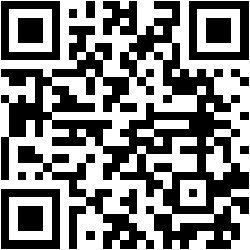 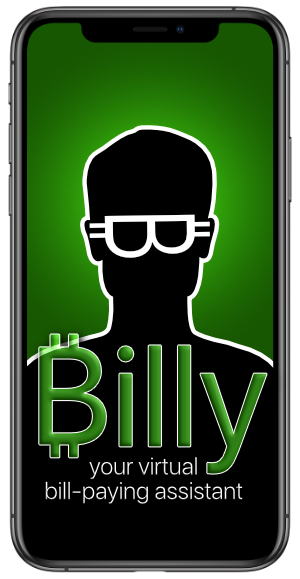 ₿𝕚𝕝𝕝𝕪 scans your calendar looking for upcoming (or past due) bills, and with just a tap will take you where you need to be to quickly and efficiently pay them off.

When Shortcuts was released, this was the first idea I came up with to create something I'd use, and learn how Shortcuts works and what it was capable of. Little did I know that months later I'd still be hard at work on it, adding features, solving problems and creating something much more ambitious than the simple "Get Calendar Events" list my shortcut originally comprised of.

If you’d like, create a new Bills calendar to house your bills separately from your personal/work events, however this isn’t a necessity.

The date that each bill event is scheduled for is interpreted as the Due Date for that bill. You can set your bill events as All Day events for improved organization and legibility.

There are three parts to a calendar event that must be formatted correctly to be recognized by ₿𝕚𝕝𝕝𝕪 :

₿𝕚𝕝𝕝𝕪 distinguishes between bills and regular calendar entries by only looking for events with Titles that start with the word Bill:

If you want to exclude a bill from being found by ₿𝕚𝕝𝕝𝕪 by default - for example if the bill is automatically paid each month without action on your part - include the word (AutoPay) within parenthesis at the end of the Title.

At the top of the shortcut's Edit view, there is a toggle to show/hide these AutoPay bills within ₿𝕚𝕝𝕝𝕪. When shown, an AutoPay bill can be distinguished from other bills by a small spinning gear in the bottom middle of its icon.

Additionally, for Person-to-Person (P2P) payments through Pay, Square Cash or Venmo, ₿𝕚𝕝𝕝𝕪 searches Notes for the name of a contact to send the payment to.

Names will not be recognized unless they’re in your address book, and are Properly Capitalized.

Note that at this time, only currency amounts beginning with US Dollar signs are recognized.

The text entered into a bill event’s URL field tells ₿𝕚𝕝𝕝𝕪 what action to take when a bill is selected for payment.

If a bill is paid in Safari, the URL field is where the appropriate website address beginning with http:// or https:// is entered.

If a bill is instead paid through a specific App, enter that app’s name in the URL field. Within the Customize Shortcut setup wizard, you'll have the opportunity to configure what App names correspond to the actual "Open App" actions

For P2P payments, simply set the URL to the word P2P (and remember to write the name of the payment recipient into Notes).

At the top of the Shortcut's Edit View, there are a few extra quick settings toggles to enable extra features.

I highly recommend leaving the CreateExamples toggle set to True the first time you run ₿𝕚𝕝𝕝𝕪, which will generate four Example bills in your Calendar and allow you to see how ₿𝕚𝕝𝕝𝕪 performs.

In addition to the toggle to enable/disable visibility of AutoPay bills, there's also an option to disable the rich auto-generated icons, which will let ₿𝕚𝕝𝕝𝕪 to launch faster, as well as allow most of the Shortcut's workflow to be performed within the Widget view.

Additionally, there's an option to have ₿𝕚𝕝𝕝𝕪 text your bank's mobile-banking number to retrieve your account balance when run if you so choose, and you'll also find a place to adjust the search timeframes that ₿𝕚𝕝𝕝𝕪 looks for bills (past and future).

Regarding the icons that get auto-generated within ₿𝕚𝕝𝕝𝕪's bill selector list, I've released a shortcut here that allows you to create similar lists within your own shortcuts.

That's it! Please leave any feedback or questions below or send them to me on Reddit (/u/imaldonado).