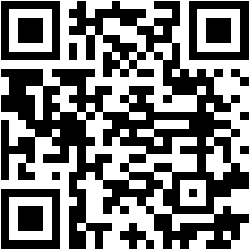 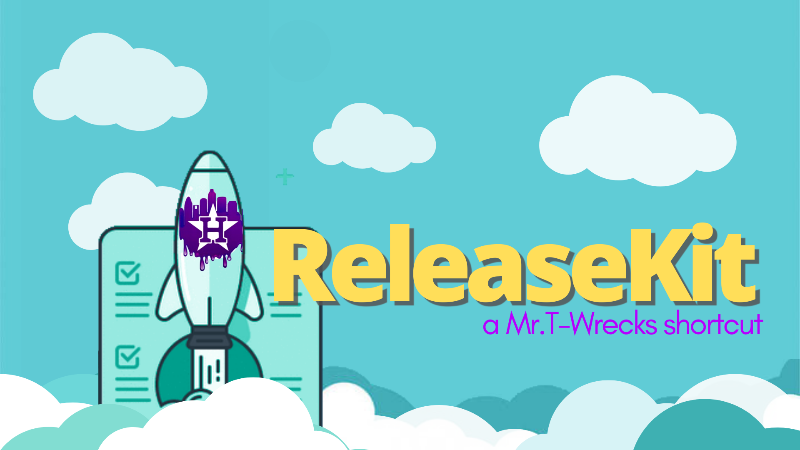 Let users know about all of the new features, bug fixes, improvements, and everything else included in the new version of your shortcut!

Note: ReleaseKit is currently in beta. Additional features and improvements will be included in future updates.

I will be updating this page to include quasi-roadmap very soon. I will also share how ReleaseKit, PromoKit, miCloud, and CloudCuts will eventually work together in the future. 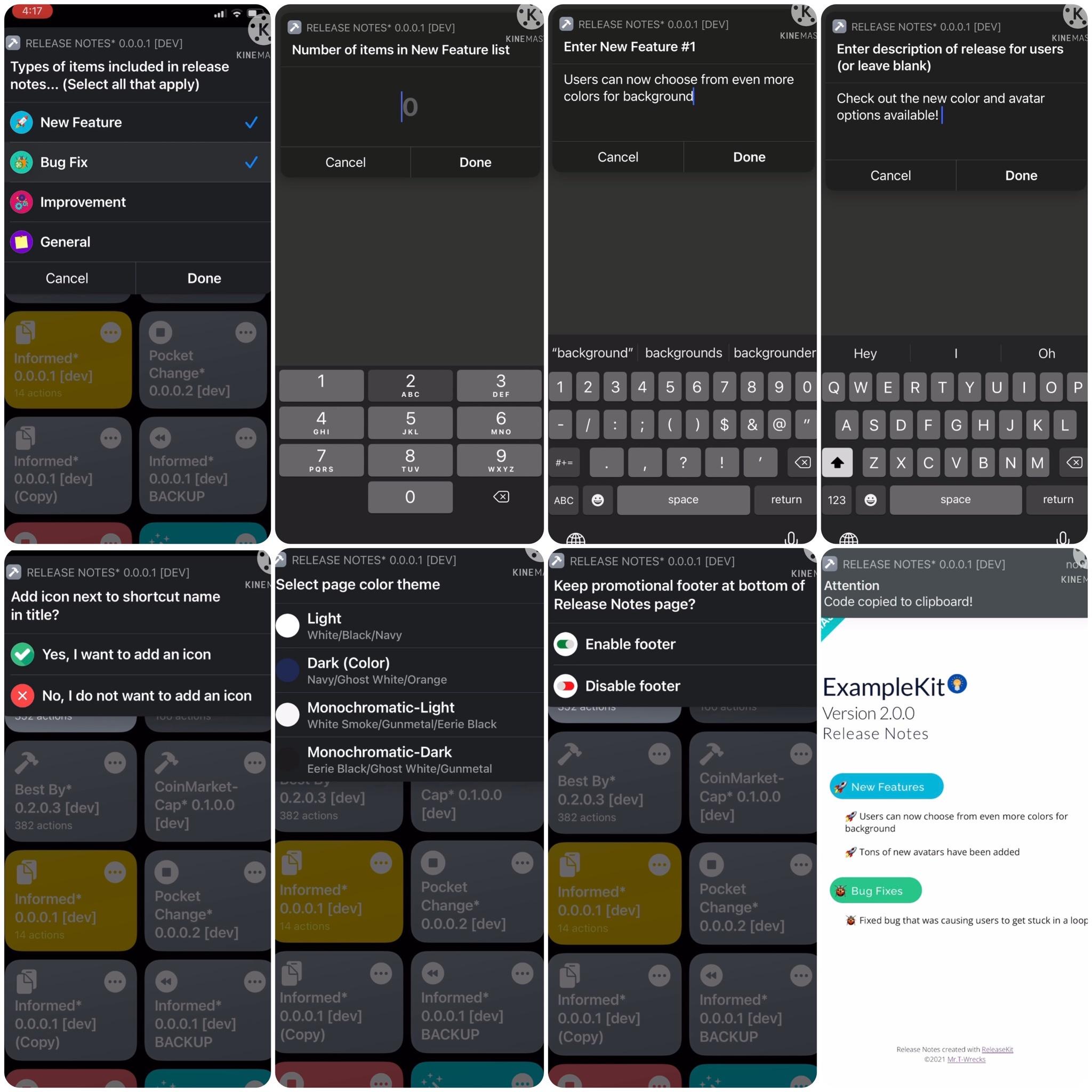 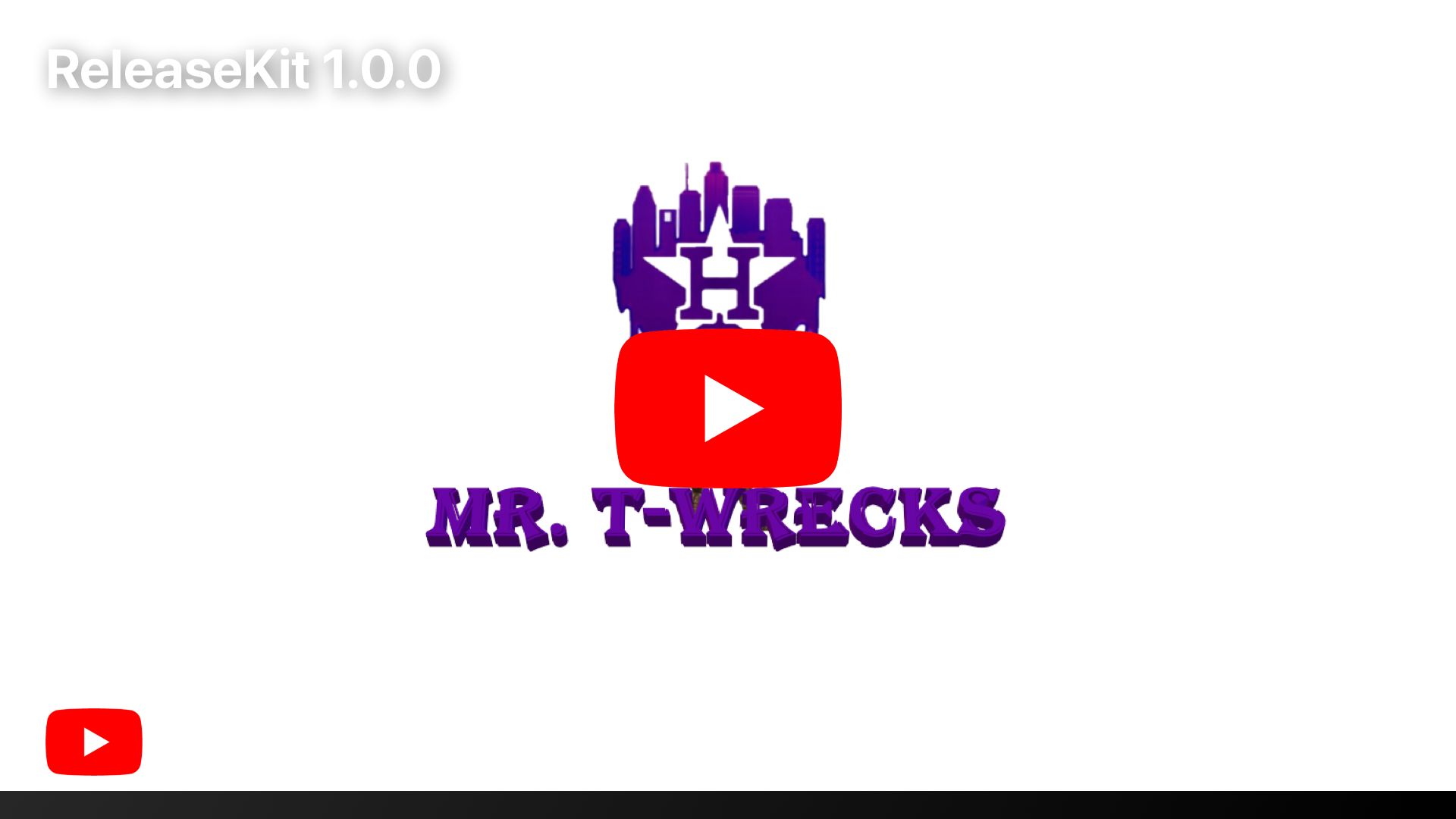 Once your Release Notes have been generated, the code will be copied to your clipboard. Add code to beginning of shortcut and display as a webpage. Do this prior to uploading your shortcut to RoutineHub.

When users download the latest version, the release notes will be displayed when they run the updated shortcut for the first time.

How to Add Release Notes to Your Shortcut 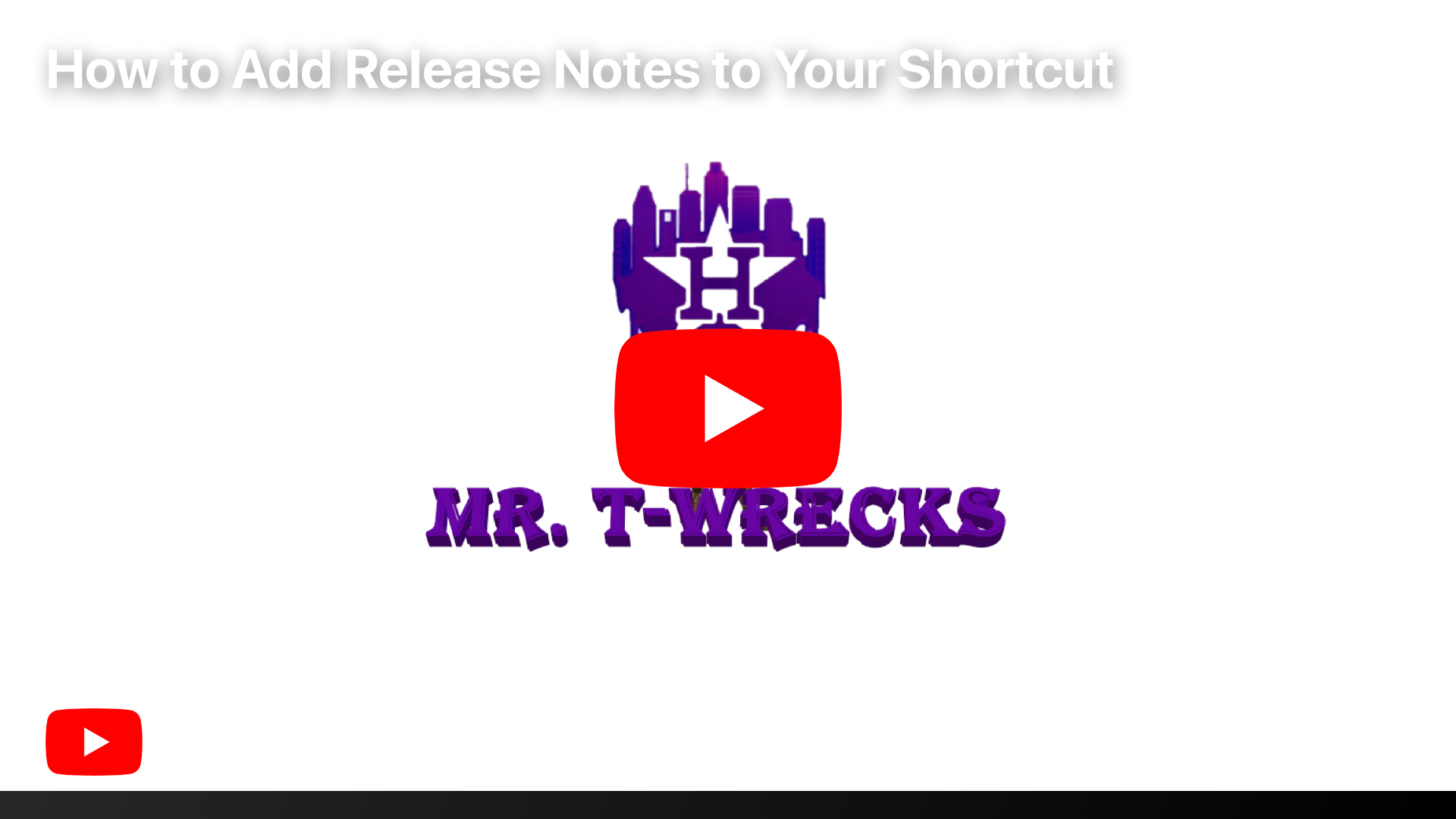 Graphic made with MediaKit.

IMPROVEMENTS
• All vCard menus have been updated. Icons in vCard menus are now larger and more detailed and have more colorful backgrounds. Options are now more clear and concise.
• Consolidated actions and restructured multiple sections which greatly improved speed and efficiency of shortcut.
• Release notes page design has been updated. Release notes are now much more legible and easier to read.
• Ribbon colors for release types have been updated to:
- Patch: Pink
- Minor: Yellow
- Major: Teal
• Category icons have been removed from list items and are now included in section heading. Icons have also been updated to:
- Features: 🚀
- Fixes: 🐞
- Improvements: 💡
- Resources: 📖
- Notes: 📝
• Folder and file structure(s) have been redesigned. Files are now grouped properly and stored in separate folders according to shortcut name and version number and are easier to locate.

NOTES
• Started building out changelog feature, which will be included in next major update (v3.0.0).