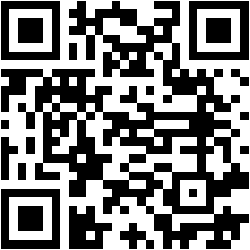 The shortcut is meant to automate when you plug into carplay, asking you where you'd like to go, fitted with modular phrases and accents/languages that are randomly selected. The shortcut was designed to have thousands of output possibilities and to invoke different phrases each time to avoid repetition and respond more organically. I've also "encoded" little bits of playful responses and outputs to keep things entertaining and unexpected. Feel free to use and mod/personalize as you see fit! Can also be easily modded to waze, Google maps etc.

This was my very first automation (weighing in at just above 200 actions)! Some coding approaches likely have more efficient alternatives, please feel free to let me know where actions can be trimmed/streamlined as I'm a novice. It was VERY finicky to work with solely because of what seems to be very notorious bugs on the iOS end. The way it's set up seems to work best on CarPlay.

AUTOMATION: (when plugged into CarPlay)

NOTE: it is set up like this because having A invoke B mutes all output after Dictation Prompt

Let me know what you think! Enjoy!

PS. If you really really enjoy the shortcut and feel like shooting me a few bucks my venmo is @nt829 🥰 it was very time intensive and I'm proud of the result!

- Got rid of clipboard use entirely, now uses output to input
- streamlined some actions by removing redundancies, speeding up shortcut
- carplay does not work with current Google maps update so shortcut now uses apple maps which turns out to be much faster to load
- significantly reduced frequency of sarcasm