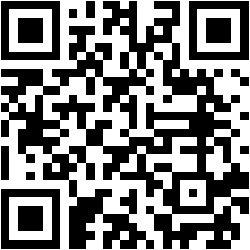 This Shortcut will merge multiple Shortcuts into a single Shortcut and will act as a Folder when you use it.

The creation of the “Folder” will take a few seconds because it has to process all the actions of each shortcut and merge everything into a new Shortcut.

Before you proceed remember that you can’t rename the “Folder” from the App because it’ll break, you need to do it from the Settings in the “Folder” menu, the reason for this limitation is that the Shortcut calls itself multiple times and needs to know the name to be able to do that.

When you open the “Folder” a menu will appear with the shortcuts you added to it and a item named Settings. If you select a Shortcut that Shortcut will open as normal.

The Settings menu have the options:

If you want to interact with the Folder from another shortcut you have two options:

A couple limitations, as I mentioned earlier you can’t rename the Folder from the App and if your Shortcut uses recursion (calls itself) or its called by another Shortcut using the second method mentioned above then you can’t pass an object to it (Text, Numbers, Dictionaries, etc are fine), you will need to Base64 the thing you want to pass and handle it yourself once you receive it back, the reason for this is that I use dictionaries to pass things around and when you put an object inside a dictionary and send it to another Shortcut using “Run Shortcut” the object will either be converted into a Text with the name or the the thing that the object is referencing (for example a contact will be converted into a vcf file), for that reason you need to handle it yourself.

Probably something that some of you are asking is if your shortcuts are safe inside the Folder, the answer is that they should be fine, worst case scenario the Shortcut itself is stored exactly as it was when added to the Folder in a Dictionary which you can use to restore it manually.

After completing a Setting operation the menu will open again.

Fixed a small typo that broke the Settings operations.


@florin
Feature request: Restore All
Reply · 3 years, 7 months ago
@florin
Suggestion: Add a "regenerate folder" option when running "Create folder" or in the settings of the folder itself. Reason being, if you update parent Create Folder shortcut, a user can generate new folders with the new features.
Reply · 3 years, 7 months ago
@florin
Bug: Restoring a shortcut fails when running folder from main shortcuts screen (not the edit shortcut screen) simply shows "OK" common bug. You should be able to get around it by calling itself with the "Show while running" option checked and continuing the restore that way.
Reply · 3 years, 7 months ago
@NikoUY Author
I thought I fixed that before release, can you try doing any other operation like Rename? I suspect that restore is the only one that isn’t working because it works differently than the other operations. Also I’ll add a restore all in a future update, probably today after I add support to the share sheet and unknown inputs, the regenerate feature might be a little bit harder to implement but’ will look into it.
Reply · 3 years, 7 months ago
@NikoUY Author
I tested the issue with the Restore operation and it works fine for me, can you share a Folder that is causing this issue for you?, that way I can test it on my device. Edit: Apparently the comments don’t support markdown, you can watch the video of it working here. https://drive.google.com/file/d/1C8iErsk1FN2kEec92Cqlh3jRz33PAbJJ/view?usp=drivesdk
Reply · 3 years, 7 months ago