Sorry, this shortcut is broken since the iOS 13 update. Don't download. 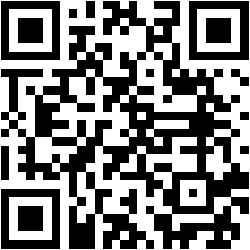 Apple substantially changed Siri Shortcuts from iOS 12 to iOS 13 and as a result, it will fail to execute. I have not had the time to work/debug the many issues because it essentially was an app, not a shortcut, and it took many months to build. If, you are running iOS 12 for some reason, it should work flawlessly. Maybe one day I'll work it out

Aviation is a flight tracking shortcut that allows you to get the latest flight information (through 4 different methods), receive flight updates in the form of notifications, and send departure/landed messages to your contact(s). Additionally it uses no 3-party flight tracking apps.

I'll try to keep this shortcut updated (providing flightstats.com doesn't do so first). Be sure you complete the setup process in the Configure Settings Menu upon installing this shortcut.

If for whatever reason you need to enter the shortcut, everything is documented with comments - action/followed by comment (description)

Aviation works by pulling content from the website flightstats.com. The problem is websites are always changing. I would like to use an API (possibly in the future) but unfortunately flight tracking APIs are not free.

What started out as a simple messaging shortcut when you depart/land, 1.5 month later, turned into a full blown flight tracking app.

It takes a lot of time and effort to keep this shortcut working and updated. If you like what you see, feel free to donate here.

All user settings are saved in the background on iCloud Drive in the Files app. This means you can customize this shortcut to run how you like under the Configure Settings menu and no matter how many times you update it, it will save your custom settings. This includes custom city slogans and everything listed below.

Custom Messages Based on Home Locations

If the user enters a three digit Airport Code of one of the local airports in their area, it will display custom messaging dependent on that location. Such as “Welcome back home!” and much more.

In addition to being able to track flights, all tracked content is gathered together into sentences so you can send messages. You can do this by selecting a predefined contact along with entering their name

In addition to one predefined contact, let’s say you want to choose the contact each time before sending the message. This option will allow you to do that.

Editors Note: Shortcuts is designed for speed and efficiency. Any additional steps (such as selecting a contact mid process) may not be ideal. My recommendation is to keep it simple.

When traveling the world you encounter many different time zones. Therefore when viewing departure/arrival times, Aviation is able to provide both a 24 Hour Clock and a 12 Hour Clock. You can switch between the two options whenever you want.

When tracking a flight it automatically saves your recently tracked flight information in the background on your iCloud Drive.

This makes things easier so if you’re ever on a trip or in an airport you don’t have to keep re-entering airline numbers to get your flight info, it will just pull it up for you. Then, after a set time, OR after you land, it will remove that saved flight data.

The user is able to set the time at which the saved tracked flight data will be removed. By default it’s set to 2, referring to 2 days. So that means the flight information will be available for 24 hours (about as long as a typical “longer trip”).

Every time the user runs the shortcut to the end, this time limit gets reset. It’s beneficial if you haven’t used it Aviation for a while (or 2 days) and you launch the shortcut with a clean slate.

Let’s say you’re at the airport, you’re past security, and you’re waiting for your flight at the gate. But suddenly your gate changes to a different gate, or your flight is delayed. Upon tapping Aviation, it will send you departure and arrival “push” notifications based on recently changed data. This also pulls from saved tracking data.

Turn Off Get Current Location

Upon launching Aviation, if you start to notice it takes a little while to load the first menu, this is likely due to the “Get Current Location” action. This allows you to see your current city, state, country and weather conditions as you’re traveling.

However sometimes we experience a poor signal when on or around airports so you have the option to turn this off if necessary.

Side Note: Aviation will also automatically detect if your phone is on Airplane Mode and will not display this information for you. Additionally if you’ve landed (selected Landed), it will detect if your cell signal is present and turn your Airplane Mode from on to off.

After a message has been sent you’ll receive a pop up alert telling you the message has been received. If you’ve just landed, a separate message will welcome you to the current location and it will display the local “city slogan” or tagline.

So for example it will say: Welcome to New York! “The City That Never Sleeps”

I’ve already added around 60 cities from the most popular airports people fly to, but you’re welcome to add more.

4 Ways To Track A Flight:

There’s a number of different statuses that a flight can have. I’ve worked around the most commonly used ones but there may be more that need to be added in the future.

Scheduled - The flight holds this status before it has departed. The plane itself (prior to your trip) could be in any location but it’s referring to the scheduled trip you are tracking.

Departed - Once the flight has taken off and in the air.

Arrived - The the flight has landed in the scheduled destination and completed the trip.

Cancelled - This trip is cancelled.

Unknown - The status of the flight is unknown. This is not seen as an error message but rather a legitimate status if flight/trip information is missing from tracking data. (I still need to add this one, though it’s much less common)

Any one of these flights can also have the following status:

Be sure you allow Siri to add flights to your calendar. The event title should automatically be structured as follows: Flight: AA 100 from JFK to LHR

Tracking Data Out of Range or Info Inputted Incorrectly:

Tracking data may be out of range. Or try a different Airline Code. Be careful not to type spaces when entering information manually (and watch out for autocorrect). Note: Download the UpdateKit shortcut to keep Aviation up to date.

This flight to (Location) has been cancelled. Try contacting (Airline) for more details.

Flight Scheduled For Departure when User tries to send a Landed Message:

Flight Has Landed when User tries to send a Departure Message:

Fixed error after a message has been sent and airplane mode is turned on.