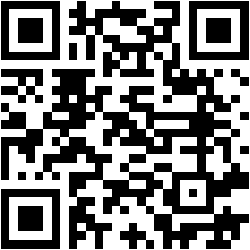 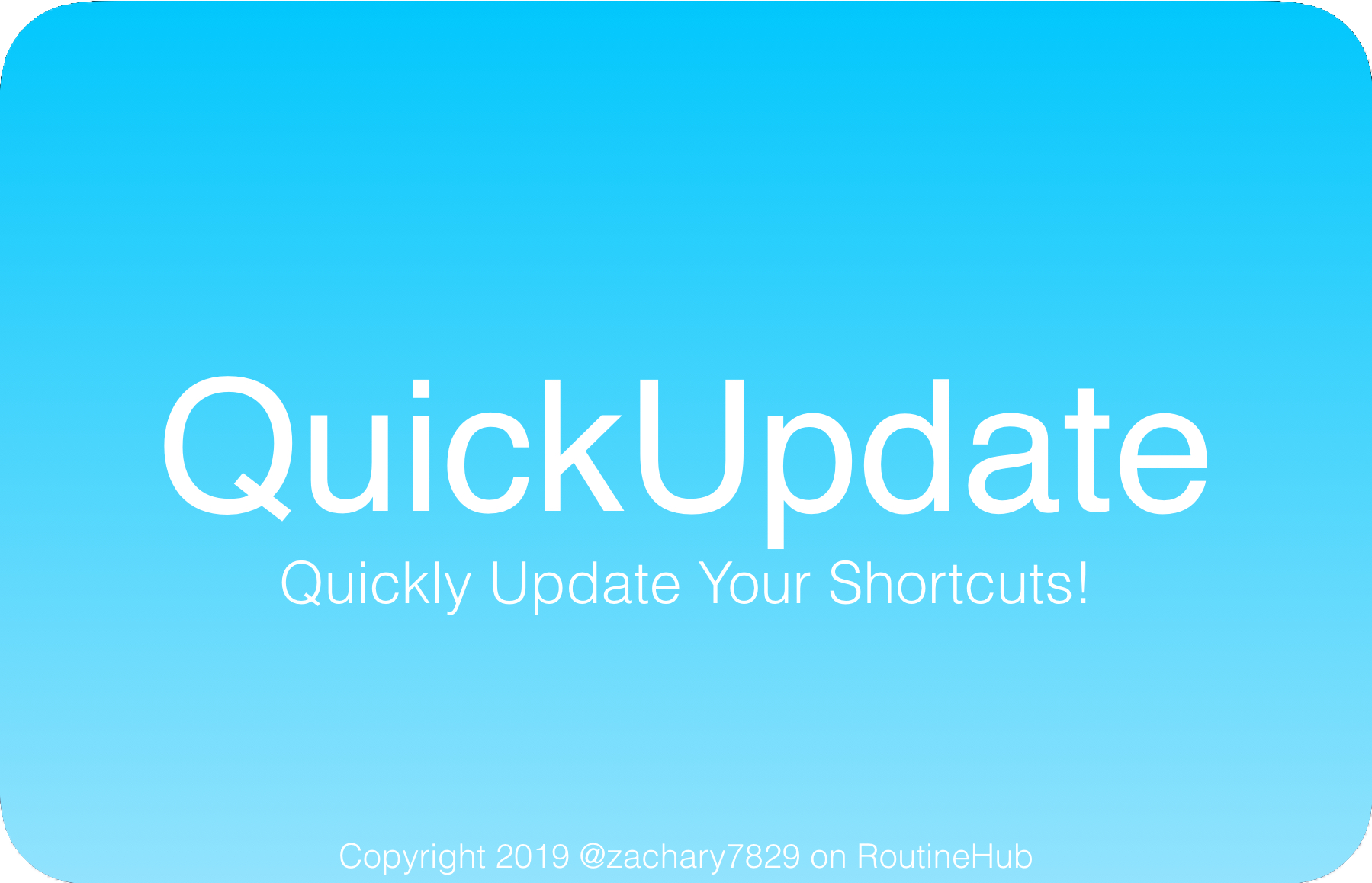 Welcome to QuickUpdate! QuickUpdate is the One of the Fastest Updaters on RoutineHub. This Updater has a lot of features that you expect in a premium updater, with blazing fast speed! The main purpose of QuickUpdate is to balance speed and features, so your users can enjoy world-class features, while also enjoying lightning speed!

QuickUpdate is super easy to Embed into your shortcut. Just get QuickUpdate: Integrated Edition!

You want your shortcut to be suitable for everyone. That’s why QuickUpdate has support for Multiple Languages!

If you would like to translate QuickUpdate to a currently not available language, DM @QuickUpdate5 to participate in the zachary7829 Translation Program.

Sometimes, users want to install updates later. That’s why QuickUpdate lets users choose whether they want to update or not.

Tap To Check For Updates

You want to be able to have multiple decimals in your version, such as 2.2.2. That’s why QuickUpdate is one of the fastest Updaters with Multi-Decimal support.

You want the ability to have worded versions, such as “2.0 Beta”, “4.0 Aqua Edition.”, or even just “Cake Edition”. That’s why QuickUpdate has support for fully worded versions, which means you can call your version whatever you would like! (Note: Requires QuickUpdate 2.2 or higher).

By adding QuickUpdate support to your shortcut, you not only allow your users to choose between the already world-class QuickUpdate, but also the speed-focused QuickUpdateEX, and the extremely optimized feature-focused UltraUpdate.

QuickUpdate already has 10.0K downloads on RoutineHub, so you don’t have to worry about your users not having it.

QuickUpdate has the highest shortcut to Updater download ratio on RoutineHub. What this means is that some users don’t want to download an Updater when they use a shortcut; so, they don’t use the shortcut that requires an Updater. This can negatively impact your downloads. However, (according to data I collected) when users often download a shortcut that requires QuickUpdate, about 5/6 times they either install QuickUpdate, or have QuickUpdate already installed. So, don’t worry about your downloads being affected. (Please note that this data only includes Updaters on RoutineHub)

Almost all updaters that update a shortcut directly from the download page (except Swing Updater, due to it using routinehub.co/download) take your users directly to the iCloud URL. This is bad, because then your shortcut will get less downloads, and have less chance to get on Trending, both giving your shortcut less recognition. However, QuickUpdate links to your Shortcut’s RoutineHub page, so not only can they check out what is different about the update, but you can also get more downloads.

QuickUpdate 2.0 and up supports iOS 12, 13, and 14! So, no matter what iOS version you’re on, you can enjoy QuickUpdate’s speed and features!

Unless there’s an update available, QuickUpdate does not go into the shortcuts app when called from Siri!

QuickUpdate will detect rollbacks! However, please be aware that QuickUpdate does not distinguish them from normal updates.

QuickUpdate does not allow for Custom URLs. This means a malicious shortcut cannot take advantage of this and force QuickUpdate to do things such as collect your IP address.

QuickUpdate 2.2 and up 0Masks the version, fixing some auto-formatting issues with the Shortcuts app. This means that QuickUpdate should be even more stable than Updaters with Update Engines.

Unlike some other updaters, the latest version of QuickUpdate forces Safari to visit RoutineHub through HTTPS, instead of unencrypted HTTP.

QuickUpdate supports UltraUpdate’s CFU Engine. This means that any shortcut you update via QuickUpdate, you can check for updates using UltraUpdate!

Very easy to switch to.

QuickUpdate is very easy to switch to from another updater. In fact, using RouteUpdate, you can switch and never have to worry about modifying developer’s shortcuts to add support!

Want to Skip an update? Skip it.

QuickUpdate has an option to skip updates. That means if you don’t like an update, you can just skip it!

QuickUpdate is very easy to implement. Down below is how to do it! 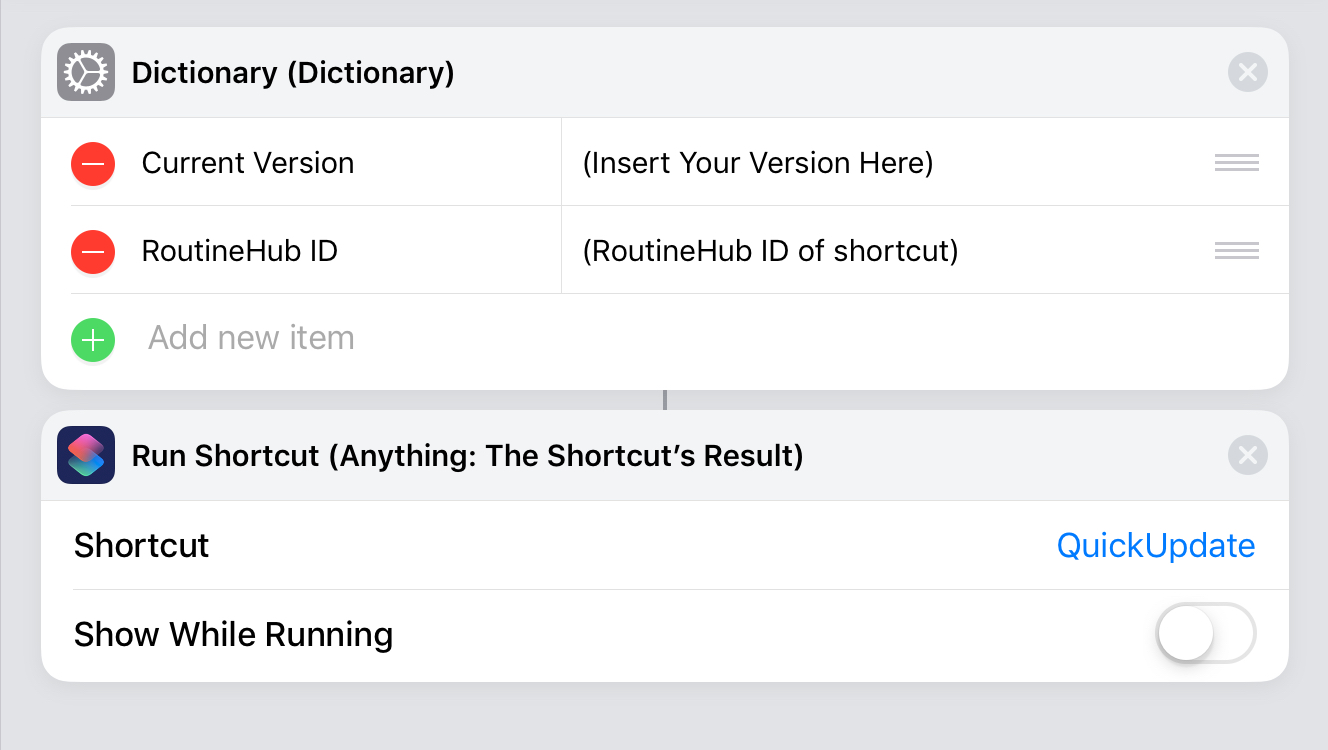 By looking at QuickUpdate’s actions, I was able to optimize my Updater.

That’s Great! Just give credit to QuickUpdate for help on Optimizing your Updater.

The oldest version that has Multi-Decimal is 1.4. Every version older than 1.4 does not support Multi-Decimal.

Does QuickUpdate have support for Worded Versions in older versions?

The oldest version that has Fully-Worded Version support is 2.2. Versions 1.4-2.1 only have support for Semi-Worded Versions, meaning the version would need to have a number as the first character, and the rest can be worded.

I get an error saying that an update is available even though one isn’t.

If you have a version number that hasn’t released yet on RoutineHub, such as you give your Dictionary 1.8 but the latest on RoutineHub is 1.7, it will detect an update.

What iOS version is QuickUpdate for?

(P.S.: If your shortcut supports a zachary7829 updater and isn’t on here, tweet at @QuickUpdate5 and I’ll add it to the list!)

@pfg, as my first ever Update Checker was based off of Check For Updates.

@ROP, as the first ever Badge for QuickUpdate was made with MediaKit, and he translated QuickUpdate to German!

Compared to other zachary7829 updaters: