The updater you don't have to install. 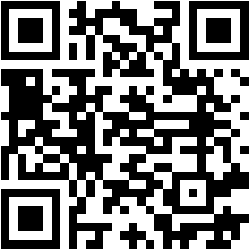 Embed-a-update is an updater like no other. Instead of requiring users download an extra shortcut to update yours, embed-a-update is embedded directly into your shortcut.

There are so many different updaters, all requiring people to download a different shortcut just to check for updates. Why not have an updater that doesn't require any downloads?

Embed-a-Update is an updater that gets embedded inside your shortcut. When people run your shortcut, even if it's the only shortcut they have installed, it just works.

Embed-a-update only takes 40 actions to use in your shortcut. This shortcut can be used to automatically add those actions.

How to use (For shortcuts built in the shortcuts app)

Add an action to your shortcut

Run Embed-a-Update and choose your shortcut.

Your shortcut now has Embed-a-update embedded in it. It is helpfully surrounded with a repeat action to make moving and removing it easier.

Make a copy of your shortcut before running embed-a-update on it. While it shouldn't cause any problems, there is always a chance when editing .shortcut files that it could not work properly and damage your shortcut.

Make sure to remove any previous Embed-a-Update related actions if you had any before running Embed-a-Update on your shortcut. Because Embed-a-Update hardcodes unique IDs, running twice might cause shortcuts to use the same ID twice.

You can customize anything you want in Embed-a-Update. Show errors when the shortcut fails to update, force all users to update instead of giving a choice. You are not required to keep the [Eᴍʙᴇᴅ-ᴀ-Uᴘᴅᴀᴛᴇ] label, feel free to remove it if you wish.