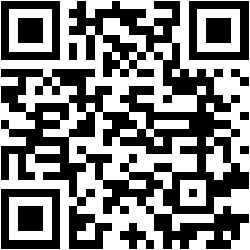 Listen Launcher is a shortcut launcher that is designed with the Siri interface in mind. Of course, Siri does a pretty great job at launching shortcuts already. But there are a few things we wish Siri would do better.

Here is a demo of Listen Launcher launching two different shortcuts with a variety of phrases. 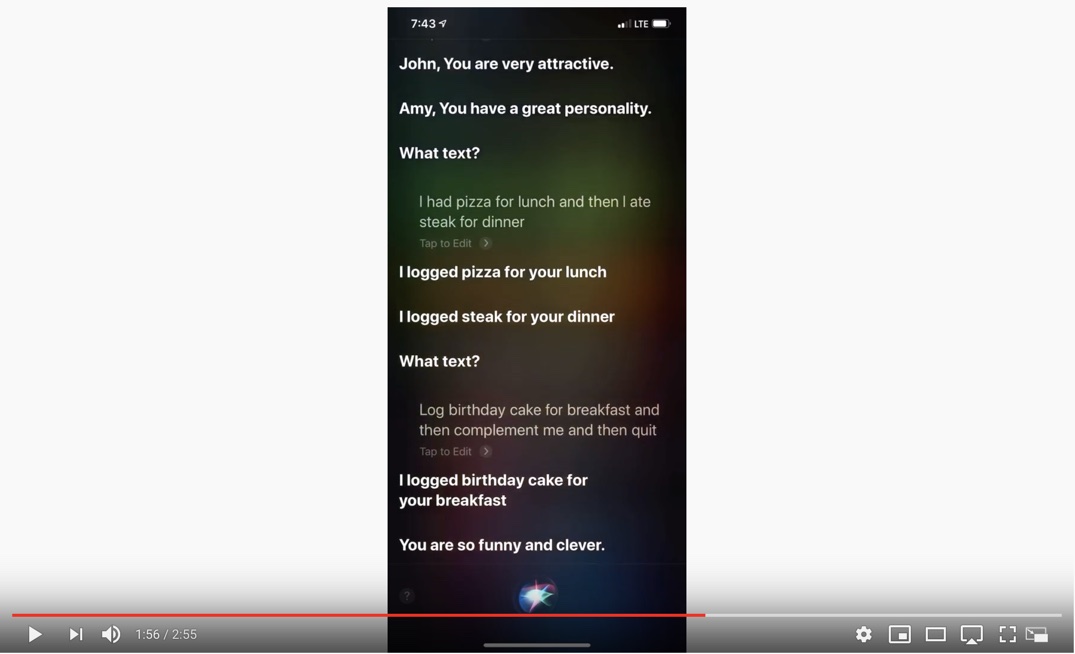 Note that one of the sample shortcuts -- Compliment -- can be downloaded on RoutineHub.

Listen Launcher can do all of this and more because it is built on the nlp-compromise Javascript library. This is how Listen Launcher knows about people, places, organizations, names, dates, values and dozens of other things.

Listen does the listening and launching work, while Listen Launcher Admin is for configuration.

Once the shortcuts are installed, say: "Hey Siri, listen" to run the launcher.

Out of the box, Listen Launcher knows variations of phrases like:

And if you forget the names of your shortcuts, don't worry. Listen Launcher will make suggestions based on your guess.

Additional documentation is available in the two shortcuts.

A third shortcut -- "Compliment" -- is available as an example to play with and launch. Compliment comes with sample voice patterns that it can install. 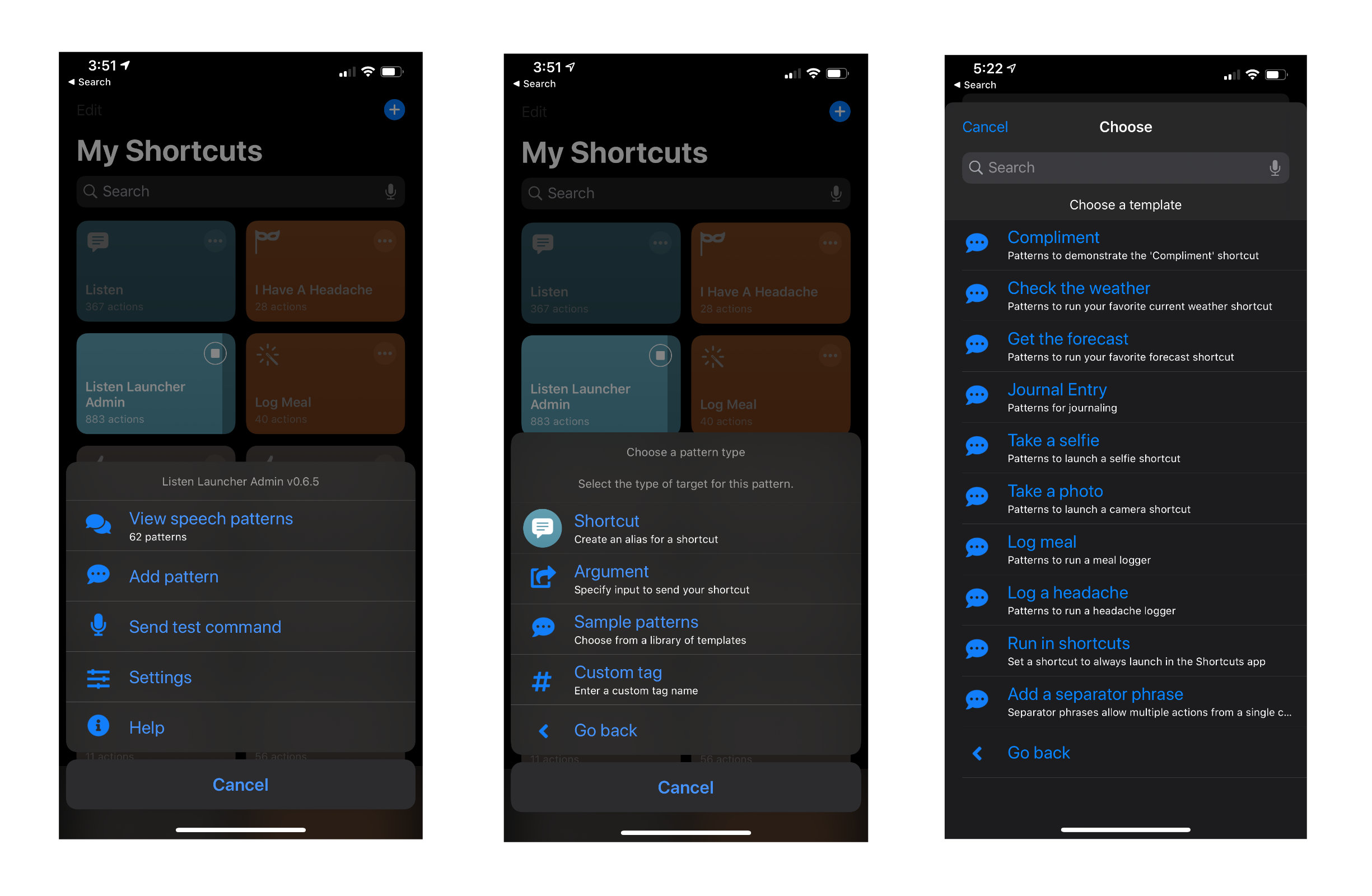 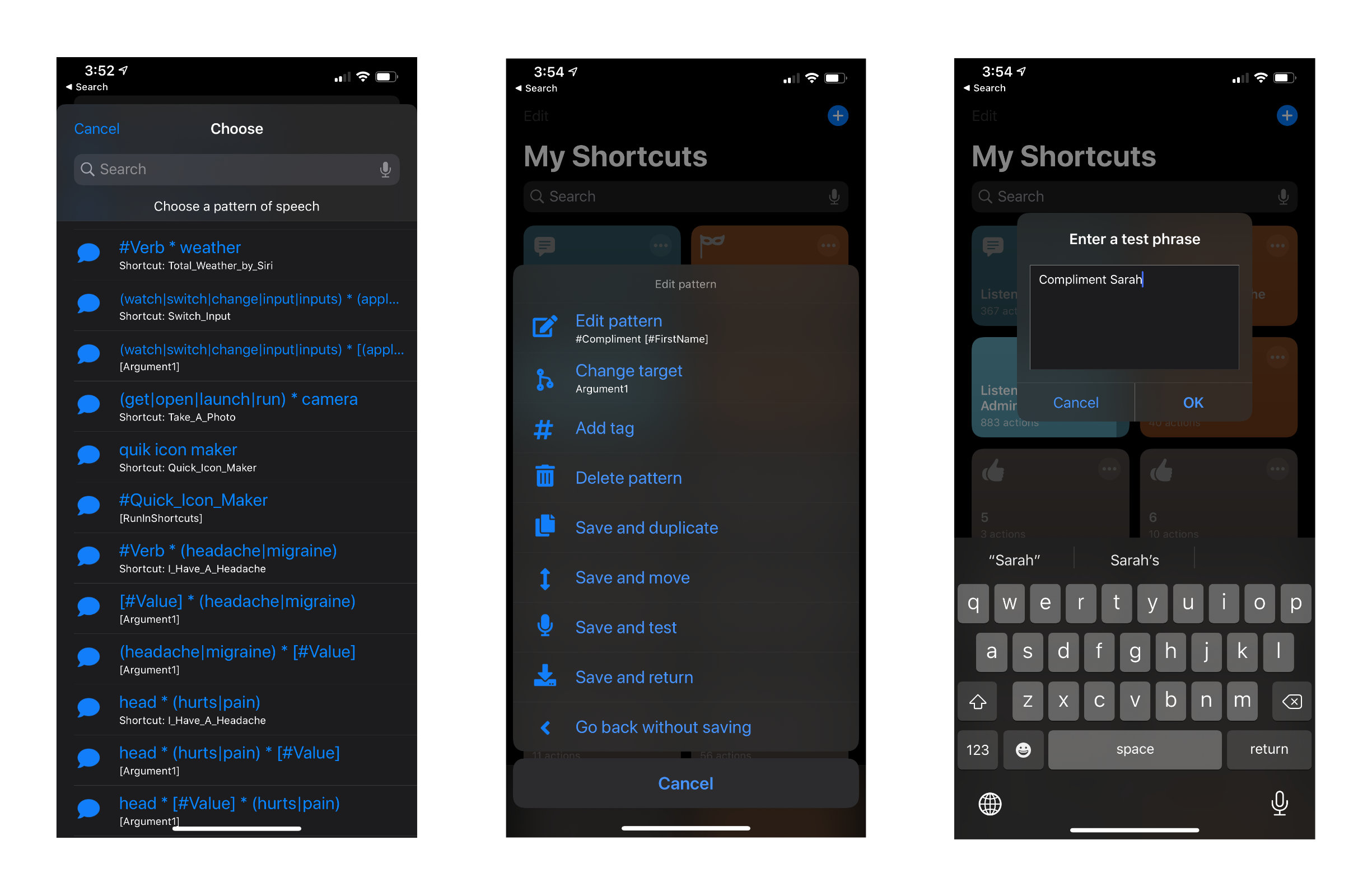 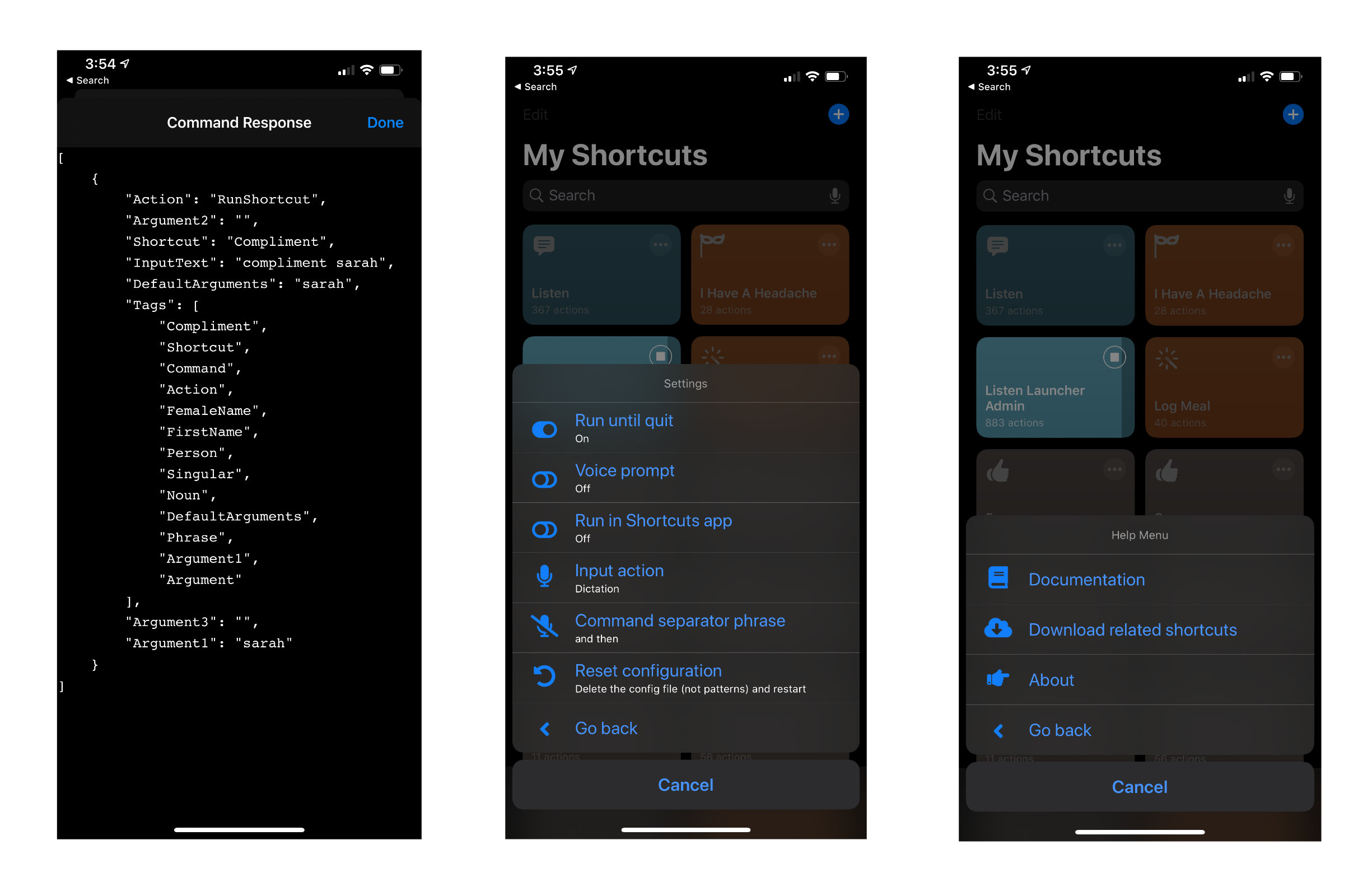