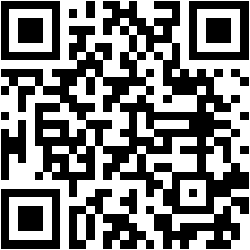 (Borrowing heavily from the "ROT13" entry in the Wikipedia)

ROT13 ("rotate by 13 places", sometimes hyphenated ROT-13) is a simple letter substitution cipher that replaces a letter with the 13th letter after it, in the alphabet. ROT13 is a special case of the Caesar cipher which was developed in ancient Rome.

Because there are 26 letters (2×13) in the basic Latin alphabet, ROT13 is its own inverse; that is, to undo ROT13, the same algorithm is applied, so the same action can be used for encoding and decoding. The algorithm provides virtually no cryptographic security, and is often cited as a canonical example of weak encryption.

ROT13 is used in online forums as a means of hiding spoilers, punchlines, puzzle solutions, and offensive materials from the casual glance.

This shortcut also implements several variants of this idea: ROT5 (only digits), ROT18 (letters and digits), and ROT47 (using all the printable ASCII).

The current version has been made compatible with iOS 12 (using ScPL), and it supports the use of diacritics (not really an issue in English, but a nice extra for other languages).

Now, thanks to Javascript, it's 10-100 faster than the original, supports diacritics, and can rotate really long text without crashing.

It's so fast that it can apply all the encodings in a fraction of the time it took the original no-javascript shortcut to apply just one of them. Now the user can select the encoding while seeing the result.