groups, sorts, and displays priority Notes before ALL OTHER Notes 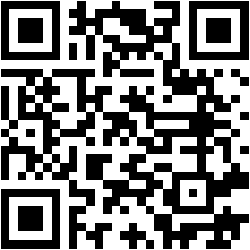 With iOS 13.5.1, the Shortcuts app appears to have a bug with the Find Notes (All Notes) action: it returns a maximum of 26 notes.

The following related shortcuts are available on RoutineHub:

All shortcuts above that have Smart List in the name, include simple configuration (one LIST action) and logic that generates a notes list with specified priority notes displayed (and grouped by Title) before all others. After the priority notes, the remainder notes are included, sorted by Last Modified Date (most recent first).

All shortcuts above that have [sort settings] in the name, include the Smart List logic above plus the configuration (in the same List action) and logic to specify the sorting characteristics: by Title (with or without grouping) or Last Modified Date of the priority and other notes.

Find All Notes HELPER and all shortcuts above that have (All Notes) in the name, include the recursion logic that circumvents the iOS bug and returns all of the notes. Unfortunately, however, shortcuts may not function as expected when they are launched via the Run Shortcut action (the technique used to recurse). For example, the Dictate Text action sounds the expected chime prompt, but does not display its normal dialog box that shows the text as it is recognized and includes the red button that is used to dismiss it once speaking is complete.

All shortcuts above that have (All Notes subset) in the name, retrieve a configured number of notes using a Repeat action that runs the necessary number of Find Notes actions. For many shortcuts, this technique is a good compromise because it is simpler than the recursion technique and does not cause the issue noted above.

If you are interested in the topic, I suggest you start by downloading, inspecting, and testing Find All Notes HELPER.

If a note title (e.g., My Note ABC) includes a string (e.g., ABC), and the string is deleted from the note title (i.e., changed to My Note), the Find Notes action will still match that note if the action Filter is: Name contains ABC

This issue can be circumvented with these steps:

First, and likely, only version. I have not included any update actions in this shortcut.