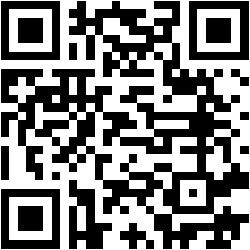 When theming home screen icons, an issue everyone has encountered is that the Shortcuts app opens first before launching the app, and the only proper solution for this was jailbreaking your device. However, in iOS 14, Apple introduced the ability to create profiles that launch apps directly without going through Safari, so I created this shortcut to make use of this feature. And starting from iOS 14.3 beta 1, all apps including system apps can be launched seamlessly!

Since iOS 14.3 beta 2, shortcuts on the home screen no longer open the Shortcuts app first. However, Icon Themer still provides a superior experience for multiple reasons:

Please note that simply installing Icon Themer will not fix your existing shortcut icons. Watch the demo video to see how to recreate them using this shortcut.

It will create a configuration profile containing web clips that launch the chosen apps directly with a custom icon and label. You'll be redirected to the Settings app and prompted to enter your passcode to finish the installation. Don't worry, this is completely safe – the profiles will only add icons to your home screen, they won't expire or get revoked, and you can remove them anytime.

Most apps should work fine out of the box, but some of them may display an error on launch if the appropriate URL scheme is not used. I will try to maintain a list of URL schemes for popular apps that is queried on the fly and will not require a shortcut update. If an app doesn't work properly, feel free to report it in the comments and I will try to fix it. You can also specify the URL scheme manually if necessary, which may be useful to open an app to a specific page for example.

On iOS 14.0–14.2, it's not possible to launch themed system app icons seamlessly, and some system apps may even have to take an extra step through Shortcuts or have other issues.

However, since iOS 14.3 beta 1, all system apps can launch seamlessly without any errors. If you already themed your icons on an earlier iOS version, you will have to recreate them for this to work. (It's enough to just delete the system app icons, you don't have to delete the whole profile.)

Apart from manually choosing the icon for each app, you can also import themes either from a .zip file that directly contains icons (no subdirectories), or a jailbreak theme structure in .deb format. The filenames must contain the bundle ID of the app (case sensitive) but can be surrounded by anything else. If multiple icons are found for an app, the user will be asked to choose one.

On iOS 13, it is not possible to launch themed apps seamlessly without a jailbreak. However, the shortcut can still create themed icons if you manually specify the appropriate URL scheme for each app.

If you're on iOS 14.2 or an older version, you can enable Reduce Motion to make the transition smoother for apps that can't be launched completely seamlessly.

Is this shortcut safe? How do I remove it?

Yes, this shortcut is completely safe. It simply creates home screen icons that can be removed like any other app. If you want to completely get rid of the installed profiles, go to Settings -> General -> Profiles and remove them there.

No, it does not. Previous versions of the shortcut checked your IP address to determine whether there was an active internet connection, but this information never left your device. The updater has since been changed to a different method. The shortcut only connects to RoutineHub for updates, Apple to search the App Store, and GitHub to retrieve the latest list of curated URL schemes.

Can I have transparent icons?

No, unfortunately iOS does not support transparent icons. It's only possible if you crop the appropriate parts of your wallpaper and then optionally overlay an icon on it. I may add support for this in the future, but it will require some research to find the proper pixel offsets for each device.

Can I get notification badges on the themed app icons?

No, this is not possible. You would have to jailbreak your device and install a tweak such as SnowBoard or Anemone instead of using this shortcut.

If you're unable to install the shortcut, go to Settings -> Shortcuts and enable "Allow Untrusted Shortcuts".

If that option is greyed out, open the Shortcuts app and run one of the starter shortcuts or something from the gallery (or create one yourself and run it). Then you should be able to enable it.

This is an issue I haven't been able to consistently reproduce. If it keeps happening when you try again, here are a few things you can try:

Probably your icon is in an unsupported format or too big. Try converting it to PNG and making it smaller. It may help if you send me the generated profile file and send it to me, along with the icons you used and the steps you took to create the profile.

- Added an option to disable saving profiles before installation

Previous changes:
- 0.8.0: Unfinished profiles are now automatically saved so if Shortcuts crashes or you accidentally tap out you don't have to redo them.
- 0.7.0: Update to iOS 14.3 beta and recreate your icons to launch all system apps seamlessly.

If you're unable to install this update, please download it manually from https://routinehub.co/shortcut/6565/