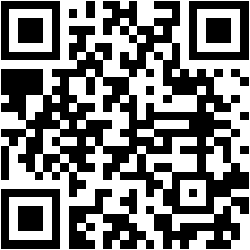 BundleKit was created as a utility to bring multiple shortcuts together into a single installer. Developers often use additional Shortcuts to run side tasks, perform actions (like updates or encryption), and simplify large Shortcuts that would be too difficult to manage on iOS inside the single edit screen.

However, to keep users from having to download 2, 3, 4, 5 or more Shortcuts manually, @medicalshortcuts created BundleKit which will take multiple Shortcuts in your library and create a an installer that can be distributed to end users. When users download this installer, it will act like any installation process on a computer. Simply launch it from the Library and the shortcut will do the rest. You can then delete the installation Shortcut once completed so it doesn't clog up the user's library.

Honestly, it's a personal choice, and if you don't want to use it then my feelings won't be hurt. That said, I created this Shortcut after working on a project that I developed a number of complex (or at least laborious) shortcuts that all ran in tandem but needed to be separated as they amounted to hundreds of line of actions in Shortcuts, and it was simply unmanageable on my iOS device. My solution was to individually encode each Shortcut component into an installer that could then be shared with the end user. However, this had many issues including that it made it nearly impossible to push updates for each of these and if I did, then I had to manually encode and decode each Shortcut every time.

With BundleKit, you can now nearly automate this task and users can then download the most up to date installer, which contains your most up to date items. Additionally, if you want to push current updates to users, you can do so through shortcuts like UpdateKit on your own servers or on RoutineHub. This way current users stay up to date, but new users can download all of components needed with one installer.

What else can BundleKit do?

Right now? Not a whole lot. Though there are some fun things hidden if you happen to find them!

How do I use BundleKit?

It is suggested that you backup your shortcuts prior to using BundleKit. You should be doing this anyways! Here are some handy backup tools on RoutineHub!

How do I update my Shortcuts?

Each of your shortcuts that you want to be able to update later should include the required components to individually update (through UpdateKit, Check For Updates, or your other favorite update checker). After you push an update through the individual shortcut, simply re-bundle your shortcuts and re-upload your new installer for new users to download.

BKInstaller is the utility that BundleKit uses to install your bundled Shortcuts to users. BKInstaller is created each time you run BundleKit and should be removed or renamed after BundleKit is completed.

A credit is included in the base version of BUndleKit and can be left to credit BundleKit, you may also include text such as what is below in your final shortcuts if you wish:

This Shortcut was installed and bundled with BundleKit by @medicalshortcuts on RoutineHub. More information: https://routinehub.co/shortcut/830

Questions/Issues? Get in touch from BundleKit!

BundleKit supports in-Shortcut support via email. Simply click Credits/Information/Support from the first menu and then “Report an issue with BundleKit” to send an email.

* If you run either Shortcut from within the edit window, what will occur is that when it installs the first Shortcut it will open that Shortcut... The result will be that it stops the process. For some reason this does not occur when you launch from the Library icon, so this is the current "fix".

Myself and @HeyItzSpencer released similar Shortcuts but that attack this issue in similar manners. As a result, we teamed up to make sure you get the Shortcut you need! Take a look at DependKit which can install Dependencies for your Shortcuts right from RoutineHub!